»A very valuable lesson for students all over the world«

Hörbuch Hamburg: Hi, Todd. Thank you for finding the time to talk with us today.
In Germany almost every 10th grader knows you by your pen name Morton Rhue, the name under which you published the international bestseller »The Wave« almost 40 years ago.
Your novel is based on a true story: In 1967 Ron Jones, a young high school teacher in California was teaching the history of the Nazi regime in Germany to his class. Shocked by the historical events, his students asked: How could this have happened? How could the German people claim they knew nothing about concentration camps, about the holocaust? Why did so many people follow Hitler?
To explore the mechanisms within fascism Ron Jones created an experiment to make this students feel how the Nazi Regime was able to influence so many people. To everyone's surprise the experiment got out of control and created a proto-fascist movement among the high school pupils.
Your novel »The Wave« is the most famous account of Ron Jones' high school experiment. In 2008 the book was the basis for the German movie »Die Welle«. Recently Netflix produced the series »We Are the Wave«, which is also somewhat based on your novel.
And now for the first time »The Wave« is being published as an unabridged audiobook in Germany.
Todd, do you remember when you first learned about Ron Jones' high school experiment?
Morton Rhue: Yes, I do. It was in 1980 and my publisher informed me that they had acquired the rights to the short story by Ron Jones. The short story was called »The Third Wave« and it was an account of the experiment that he performed at the school. 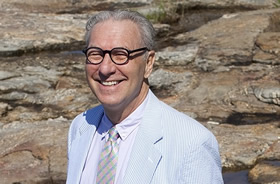 Hörbuch Hamburg: What was your reaction?
Morton Rhue: I immediately saw the value in the lesson that the story and the experiment taught. I could see that it could be a very valuable lesson for students all over the world to learn.

Hörbuch Hamburg: And why did you use a pen name – Morton Rhue – rather than your real name, Todd Strasser?
Morton Rhue: When I wrote the book »The Wave«, I had another book coming out at the same time. My publisher did not want me to use my name on both books because I was a relatively new writer and they were worried that people would see two books by Todd Strasser and choose one or the other, so they asked me to come up with a pen name. Todd is similar to the word »Tod« in German, which means »death«, and »Strasser« in German means »street«. So if you translate »death street« into French, you get »mort rue« which became Morton Rhue.

Hörbuch Hamburg: Were you surprised by the novel's success?
Morton Rhue: I have written many, many books over the course of my lifetime and I've learned that nobody can really predict what novel will be a success and what novel won't be a success. So yes, I was surprised and no, I wasn't. I never expected that »The Wave« would become a bestseller to the degree that it has but on the other hand because we never know what will and what won't, it can't be that much of a surprise.

Hörbuch Hamburg: In Germany millions of students have read the novel since it was first published in the 1980s. Why do you think that students after 40 years still respond so much to your book?
Morton Rhue: Well, I think that it may be slightly different in Germany than it is in the United States. In the United States I think that students respond to the book because, as I said, it shows how something like the holocaust, how something like the rise of Nazism can happen. Rather than just telling you in a history lesson, students can actually feel and see how this could have happened. I think that in Germany it also does that, but in addition the book shows that what happened in Germany is not only unique to Germany, that this is something that can and has happened throughout history. There have been other cases of genocide and brutality and hate and so it's important, I think, for Germans to know that it wasn't something that was only in Germany and I think it's something that's important for Americans to know because it helps them to understand it.

Hörbuch Hamburg: »The Wave« is by now a classic. How did the reception of the book change over the years?
Morton Rhue: »The Wave« actually started out somewhat slowly. It did not get a lot of reviews when it first came out. And so it took time and word of mouth for the story of »The Wave« and the book to get around. It was very gradual. It wasn't a book that just came out and was an immediate bestseller. But over the years the reception has grown stronger and stronger as more and more people have read it. It's been really kind of remarkable to watch.

Hörbuch Hamburg: Do you think that contemporary issues have influenced the reception of your novel, and in which ways?
Morton Rhue: There actually has been a boost in the reception of the novel over the last decade. Sadly because of the rise of nationalism, the alt-right movement in Germany, white supremacists and neo-Nazis in both Germany and the United States and elsewhere in the world and so more teachers want to use »The Wave« to combat this rise in these severely alternate forms of right-wing believes.

Hörbuch Hamburg: In which ways did »The Wave« influence or pave your writing career?
Morton Rhue: I'm not sure that it paved my writing career much in the United States at first, because by the time it began to become very popular, I had written a number of other books. But it certainly paved the way for my writing career in Germany, because it made Morton Rhue a well-known name and that allowed me to publish a number of other books in Germany, including »Dschihad Online« and the story of »Give a Boy a Gun«, »American Hero, »No Place, No Home« and »Boot Camp«. So, yes, it very much paved my way in Germany. 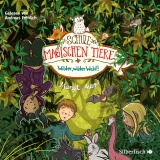 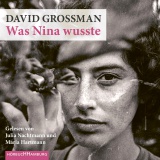 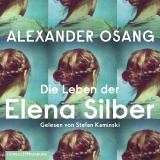 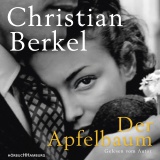 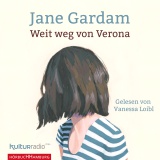